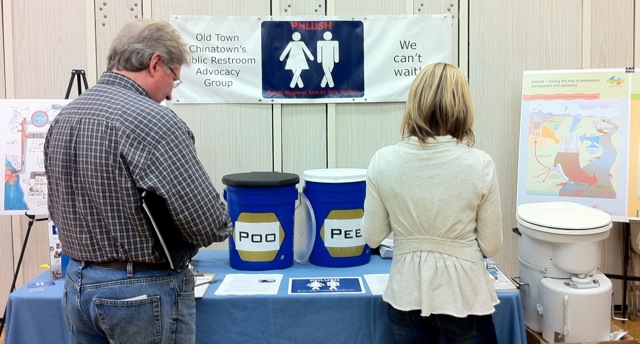 Awareness that Portland sits atop the Cascadia Subduction Zone and is at risk of a major earthquake has fueled interest in emergency sanitation.   Toilets for Emergencies is what we’re calling our fall campaign that leads up to World Toilet Day, celebrated annually on November 19th. Visitors to the PHLUSH booth at last month’s Water! Festival had a chance to check out several waterless options .  The Christchurch Twin No-Mix Emergency Toilet is a simple, sanitary two bucket system that fits a  household emergency kit.  We are greatful to the Christchurch compost toilet group in New Zealand for showing us a solution that works well for Portland’s downtown vertical neighborhoods, most of which are built on fill and therefore especially vulnerable.  We’re proud to report that Portland’s Bureau of Environmental Services passed on the design and that the Portland Bureau of Emergency Management is now recommending the Christchurch Twin.

Other waterless toilet options on display at the PHLUSH booth were a waterless urinal donated to PHLUSH by the very green local firm Edgewater NW and an AirHead, an ingenious urine diverting composting toilet lent to us for our campaign by its creator Geoff Trott.  A simple, elegant toilet solution for boats and for wilderness cabins, the AirHead also deserves consideration as an emergency toilet, particularly in urban areas where an earthquake is likely to interrupt water and sewer service. The attractive, diminutive AirHead couples a forward urine tank and a larger waterless composting bowl with a crank flush mechanism. Here’s how it works. 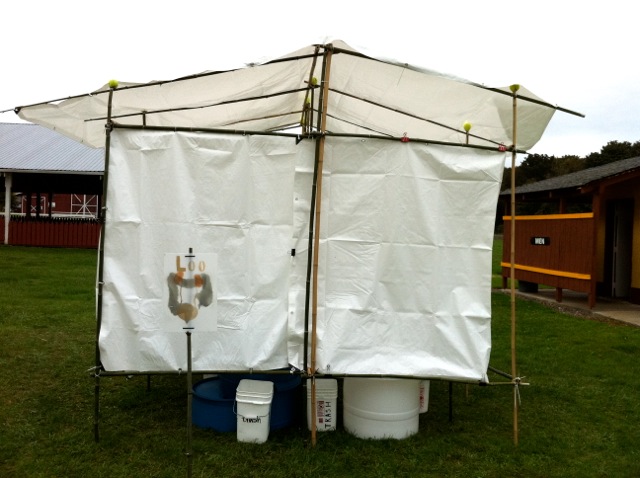 Also featured at the  festival was workshop on composting toilets appropriate for post-disaster neighborhood use.  Students in PNCA’s Collaborative Design Studio reported on prototype field testing at the recent NW Permaculture Convergence.   Four hygiene stations to serve a total of 500 people were constructed of bamboo held together with plastic zip ties and fitted out with white tarps, materials that are easy to find or to store for an emergency. Each had composting toilets (for able bodied and disabled users), a waterless urinal and a water-saving hand washing apparatus.  The PNCA team is now tweaking the design and preparing a manual which will be made available free of charge in mid december.  In the meantime, check out the video of the Water! Festival presentation by Morgan O’Hara and Halley Roberts. The East Multnomah Soil and Water Conservation District , whose headquarters offers a Phoenix composting toilet, did a great job organizing the festival and bringing together a so many local environmental groups, innovative products and ground-breaking ideas 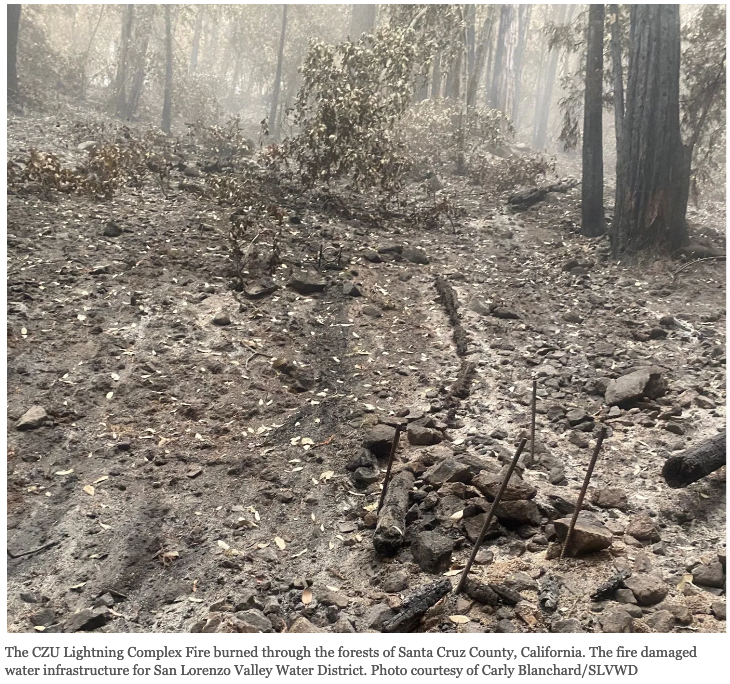