This guest post from People for Fairness Coalition (PFFC) is second in our series to celebrate World Toilet Day on November 19 with the launch of PHLUSH Public Toilet Advocacy Toolkit. People living in, working in, and visiting European and Asian capitals take it for granted that, when they need to go, they will find a clean, safe, and available public restroom nearby. Unfortunately, this is not the case in downtown Washington DC. 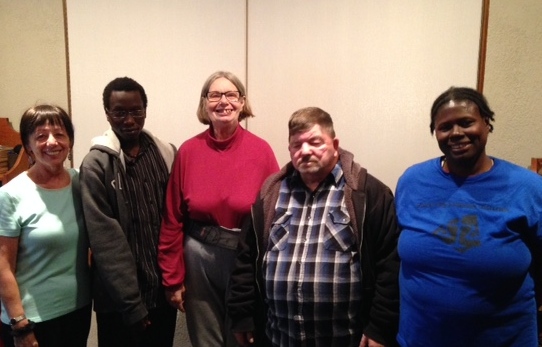 If you are in downtown DC and have to urgently go, you will have a hard time finding a public restroom. Even if there is one, hours are limited and there are no signs to tell you where it is located. Some private restaurants and food chains might let you in, but they are increasingly limiting access to patrons. If you are walking around downtown DC late at night and have to urgently go, you may be in big trouble. Chances are you will trek up to a mile to find a clean and safe restroom that is open. The People for Fairness Coalition (PFFC) was established in April 2008 with the objective of finding housing for everyone in Washington DC through advocacy, outreach, and peer mentoring. We have now taken up the critical challenge of ensuring clean and safe public restrooms are available to everyone in downtown Washington DC 24/7. It all began in July 2014. At one of our weekly PFC meetings, a member raised the issue. Although it was not central to our housing objective, we decided it was important. Everyone, including those without housing, need clean and safe restrooms available any time of day or night. 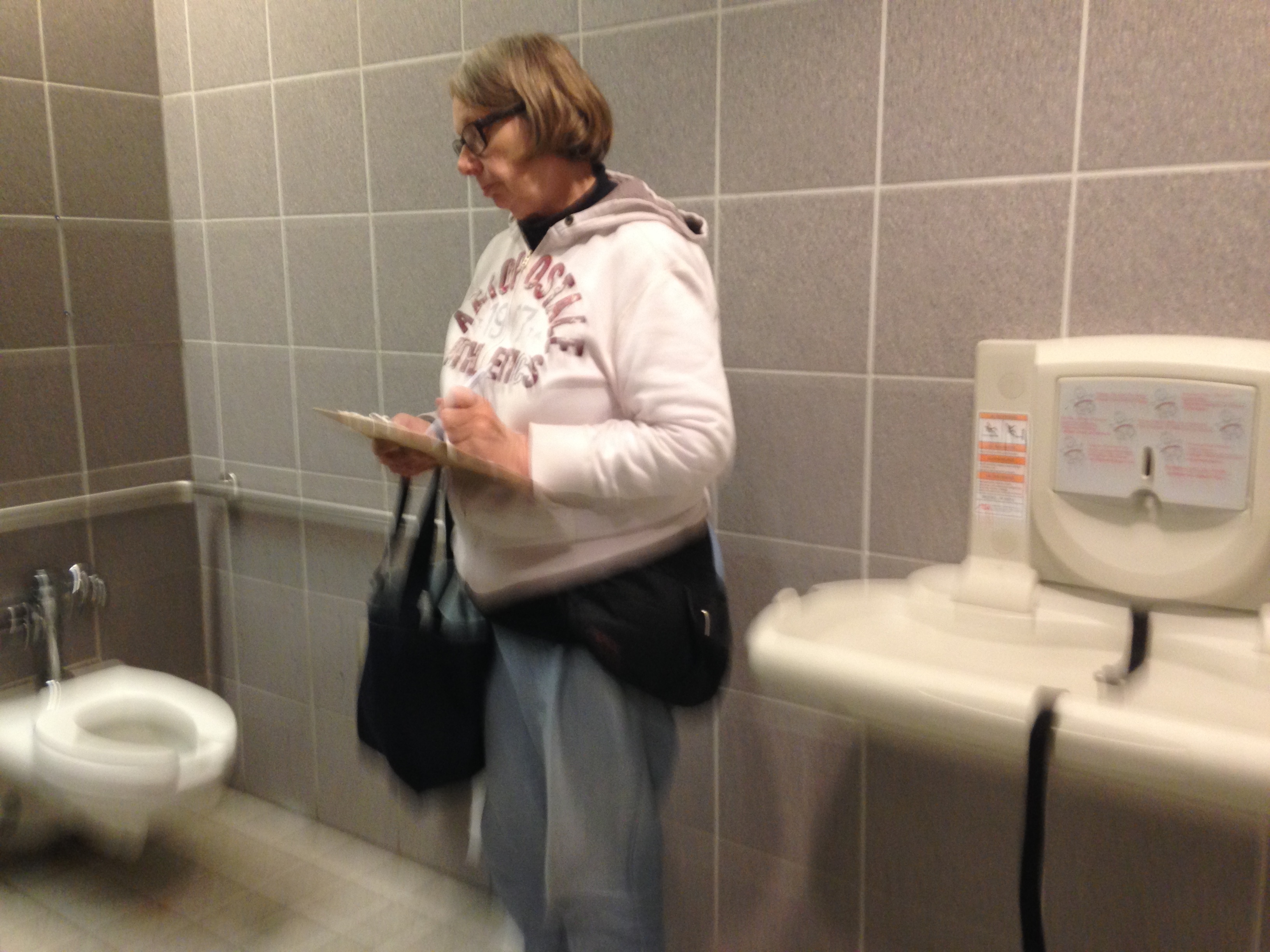 We started by learning from other cities in the United States and Canada that have been successful in installing and maintaining public restrooms that are clean, safe, and available 24/7. With lessons in hand, we established the Downtown Washington DC Public Restroom Initiative in November 2014. We formed a committee of five passionate members who are determined to stay the course until clean and safe restrooms available 24/7 are installed in downtown DC. We have been meeting weekly since November 2014 and carrying out activities. Our first task was to determine whether downtown DC has a problem. Between January and March of 2015, we selected five areas downtown that have many individuals without housing as well as many pedestrians. We visited 85 restrooms in private establishments to find out whether we could use their restrooms without purchasing something. If they let us in, we wrote down the hours the establishment was open. Then, we entered the restroom to see if it was clean and safe. We also did an internet search in order to identify restrooms in downtown DC that are open 24/7. 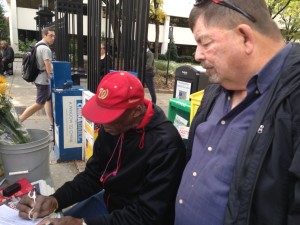 Our analysis concluded that downtown Washington DC does have a problem. Half of the establishments we visited limited access to patrons. Those open to the public are increasingly putting locks and combinations on bathroom doors. There are only 7 clean and safe restrooms in downtown Washington DC where one can be assured entry 24/7. If you have to urgently go and do not know the area well, you would not know where to go because there is no signage leading you to these few restrooms. Since completing the restroom inventory, we presented testimony to the DC City Council, shared the inventory reports with several Council Members, and launched a petition asking the DC City Council to support and finance clean and safe restrooms open 24/7 downtown. Our current priorities are: 1) continuing to educate the public about the need for clean, safe, and available restrooms in downtown Washington DC, 2) obtaining 5,000 signatures to our petition that we will present to City Council, and 3) building a coalition of interested parties [ANCs, businessmen, churches, the police, AARP, ADA advocates, and others] to help us persuade the city government to make this a reality. Please join us in this critical effort. Sign our petition here. For more information or to get involved, contact info [at] pffcdc [dot] org.

In Jefferson County, citizen advocates are pushing sanitation professionals to close the loop on poop 💩 ...

Let's celebrate septics in coastal Jefferson County, too. Think at the Sink! Don’t ... 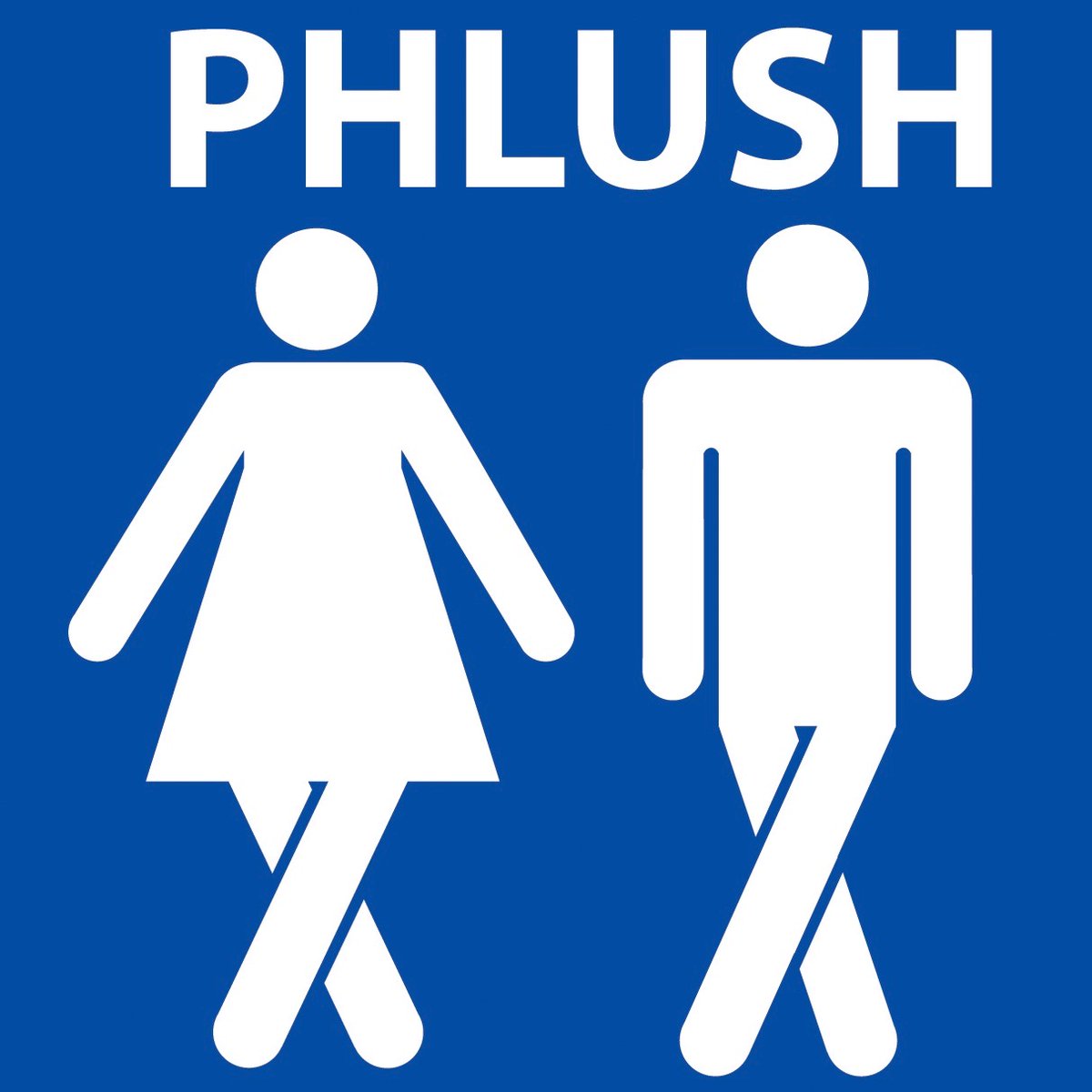