When we heard about a company providing portable composting toilets for events in the Pacific Northwest, we wanted to learn more.  So we got in touch with Nicole Cousino,  founder of Nature Commode. Is this your first start up? Nature Commode is my first venture of this kind. I did a few projects 20 years ago pertaining to unique feedstocks for biodiesel well before it was mainstream. And I’ve had a long time interest in exposing the embedded value in otherwise discarded materials.

Why did you choose ecological sanitation? Ecological sanitation interests me on multiple fronts. Shifting a waste to a valuable resource is one. Another is shifting public attitudes about our own excrement, increasing awareness about the embedded nutrients in these streams and the benefits that can come from managing it as a resource. Users transition from passive consumers to active contributors in the broader ecosystem. They can literally give something back to improve the overall health of soil and plants. But is it workable? We’re particularly interested in this concept of “burden to bounty”. For example, in the case of thousands of people flooding into Lesbos, an island of 12 million olive trees. Instead of an impending environmental and health disaster from overwhelmed temporary sanitation stations, the material could be valued as a resource, treated and directed for beneficial use by the island’s farmers. Do they need to otherwise import fertilizer to support their crops?  Instead they are having it freely delivered on a daily basis. How is the public responding to your toilets? 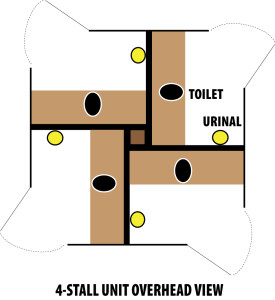 The appeal of event sanitation is the opportunity to expose thousands of people to ecological sanitation. We’ve had many users of our toilets who’d never heard of compost toilets before. And we’ve had users who were afraid to use ours because the appearance is so different from conventional porta potties. Plus some users were uncomfortable with the idea of the sawdust. But, after trying it out, noticing the lack of smell, the improved ventilation, and just the scent of the forest, from the sawdust, they’re thrilled about our toilets.  Many want to then learn more about ecological sanitation or converse about broader environmental issues such as water conservation. Why do you use the term “compost toilets” when the size of the container and our Pacific Northwest climate preclude effective composting in the toilet itself? While the toilets aren’t technically compost toilets, the term has enough familiarity and was easier to use than calling them dry, chemical free portable toilets. Just like larger, permanently installed compost toilets, ours use sawdust. At PHLUSH, we’re interested in waterless urinals and I understand you’re working on a portable urinal design. We’re realizing that 80-90% of human “waste” released at events is urine. So we’re now looking to create some unique men’s and women’s urinal tents. We considered using urine diverters in the sit down toilets but the concern is one misplaced wad of toilet paper could clog the urine diverter, causing nightmares at big events. We may be able to still take this approach and manage the concerns with increased staff. Are women finally ready for urinals? We contacted some Danish designers who developed a female urinal for events. We’d love to bring one over here to see how it goes over with women in this region. Another reason to divert the urine is that it’s much easier to treat for pathogens than the solids. Let’s talk about urine.  What have you learned from your surveys of farmers and consumers?  In your view, where are people’s knowledge and attitudes on this? 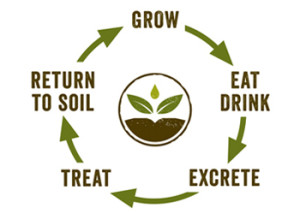 Urine is high in nutrients including nitrogen, phosphorus and potassium and these nutrients are immediately bioavailable to plants. We’d love to partner with some farms in Washington state who would like to make use of the collected, treated urine. I conducted a research project a few years ago, funded by Western SARE, demonstrating urine’s fertility capabilities in comparison to organic fertilizer options. The urine fed crops did quite well. I also interviewed small to mid sized farmers who shared that they often have a need for fast acting nitrogen fertilizers but that the current natural options are fairly expensive. We’ll continue to explore how urine can help meet this need. What about the solids?  What’s the potential for their reuse? As for the solids, we’re exploring the potential to vermicompost the solids, therefore producing an higher grade soil amendment. How does the market look for these products? Natural fertilizers have multiple benefits. First, in the face of climate change we need to reduce dependence on commercial fertilizers. It can take 1.5 tons of fuel to make 1 ton of synthetic nitrogen fertilizer. What’s more coal- and natural gas–fed ammonia fertilizer plants generate heat and carbon dioxide. In fact, at least two tons of CO2 are released for every ton of ammonia produced. Second, natural fertilizers reduce dependence on finite phosphorus reserves, which are expected to run out in 60 to 130 years. Urine alone contains more than the 50% of phosphorus excreted by humans. Third, reusing organically-treated urine and feces in agriculture reduces the need to remove phosphorus from the effluents at energy-intensive wastewater treatment facilities. Consequently, watershed protection is an additional benefit. Note: PHLUSH is a non-profit organization documenting alternative sanitation and while we do not endorse particular products, we feel readers will be interested in innovative firms such as this one.

Thank you @flush_wash for sponsoring #UNCWaterandHealth virtual conference! What a fabulous week. Thanks you ...

Lots to chew on here. #restroom #design #HumanRights #disabilityrights #transrights Everyone Should Be Able ... 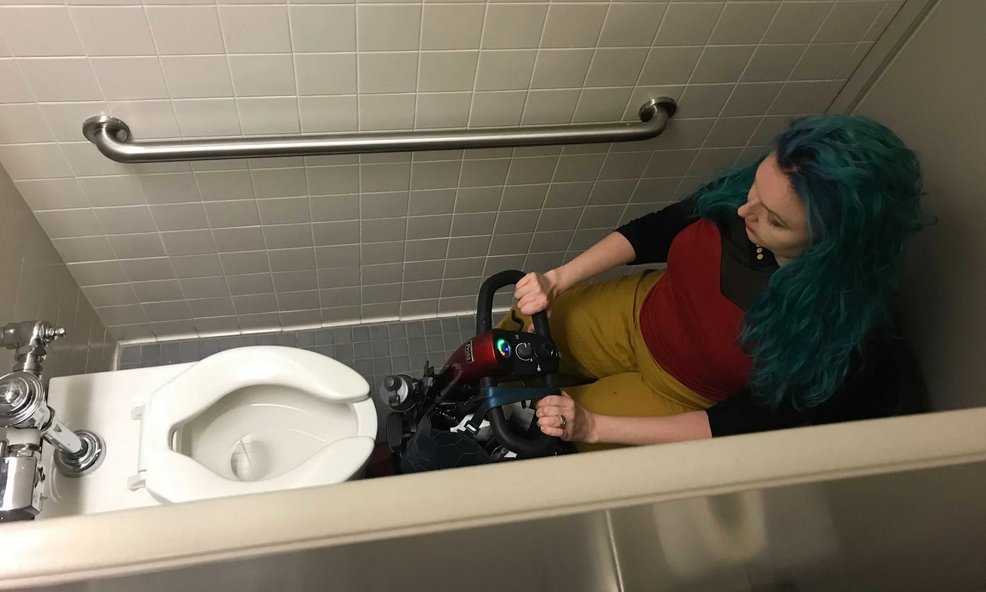 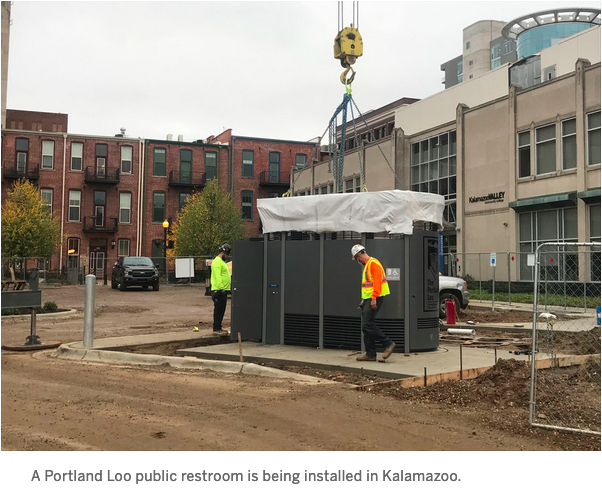