This brief introduction to restroom financing, operations, management and maintenance is illustrated with experiences of various US cities. PHLUSH welcomes case studies, information and comments. Please comment on line or by email. Options for public restroom financing. With increased economic stresses on America’s households and small businesses, it is even more important that toilets are available in public places and public spaces. In Going Public, a study prepared for the Office of Mayor Tom Potter, a Portland State University urban planning team made key recommendations regarding funding. One is use of urban renewal funds. In developing RiverPlace, the Portland Development Commission covered capital costs of the restrooms and retail kiosk there. Today adjacent property owners share recurring maintenance and security costs. A similar arrangement is being pursued for Ankeny Plaza. Other recommendations are sponsorships of restroom operations by health care corporations or breweries and advertising inside facilities and, if cost recovery is sufficiently attractive to win political support, outside as well.

Most Automatic Public Toilets (APTs) in major US cities are installed operated by large multinational advertising firms. Boston contracted with the US subsidiary of the German firm Wall AG. Eight APT units supported by advertising and a $0.25 per-use fee are expected generate $20 million over the next 20 years.

The New York City Department of Transportation has contracted with Spain’s Cemusa for a large order of street furniture: approximately 3,300 new bus stop shelters, 330 new newsstands and up to 20 APTs. Cemusa has created over 100 new jobs in New York City and is using local vendors for the fabrication and installation of the project. The contract is thought to be worth $1 billion over the next 20 years, with the city recouping about 40 percent of this total.

Pittsburgh installed a $250,000 public toilet in a parking lot near entertainment venues. At the insistence of historic preservationists, the restroom was landscaped with a wrought iron fence. Users pay $0.25 per use. Pittsburgh’s APT is open 11 am to 2 pm and has a 20-minute limit. With a second toilet operational, the projected income is $100,000 by the end of the city’s 10-year contract with Clear Channel Adshel. San Antonio’s 15 APTs were installed and are managed by Clear Channel Adshel, which is headquartered there.

San Francisco’s 25 toilets were produced and are managed by J. C .Decaux Co of France and are supported by advertising as well as a fee-pay system. San Antonio has contracted with J.C. Decaux for twelve units.

Financing APTs without advertising has been done but hasn’t worked.

Seattle was unique among US cities in installing automatic public toilets (APTs) free to the public and free of advertising. As Washington State law forbids charging for public toilets and local codes restrict advertising, Seattle raised $600,000 for annual maintenance from sewer revenues. Seattle Public Utilities reported an average use of 600 people per day at the outset. Unfortunately, the five German-made APTs did not allow natural surveillance and the local press documented how the toilets were used for drug dealing and prostitution. Public demand for their removal resulted in financial and political fall out and the Seattle APT experience remains a cautionary tale for other US cities.

When Atlanta’s transit system, MARTA, adopted APTs for its transit system, it made the purchase from its capital fund. The State of Georgia places a budgetary cap of 55% to be spent on transit operations, with the remainder going for capital improvements. After trial runs showed each unti served 400 users a day, twelve self-cleaning APTs were purchased from the German firm Herring Bau at a cost of $1.1 million. Installed at a busy station, use was free but available only once passengers had paid fares. Again the APTs proved to be the wrong choice for the location and could not be adequately maintained. In February, 2009, the Atlanta Journal Constitution reported that the units were being mothballed until a more suitable location can be found.

For port-a-potties and other types of portable Sanitation units (PSUs), commercial management appears to be the only viable approach. Weekly maintenance requires specialized equipment and skills to 1) evacuate the holding tank; 2) remove debris; 3) scrub and sanitize all surfaces including the walls, urinal, toilet seat, and floor; 4) add fresh water and deodorant solution to tank; 5) replace urinal cake (as needed); 6) replenish supplies; 7) complete or schedule needed repairs; and 8) sign and date service log sticker in each unit.

When community members recognize that access to restrooms is a widely shared value, they may take “ownership” for public restroom. PHLUSH believes that options for volunteer monitoring and management of restrooms need to be explored and assessed in modest pilot projects.

A storefront rest stop can be run by volunteers, or by volunteers supervised and supported by a paid staff member. In operating hospitality centers with restrooms, the Portland non-profit Our Peaceful Place found clients who felt that the need for a public toilet was so important that they offered to serve as volunteer caretakers.

In Singapore, volunteer members of the non-profit Singapore Restroom Association conduct toilet audits for a variety of advocacy and outreach tasks.

In the current economic environment, cities and counties are struggling to maintain existing services. Additional public toilets are likely to be a hard sell even in communities where residents and public officials see the need for them.

For this reason, there is a need to foster partnerships among those with a stake in public restrooms from the private, public and non-profit sectors. Increased access to public restrooms in downtown Portland will require the creative cooperation of groups like the Portland Business Alliance, business and job creation specialists and social entrepreneurs. As TriMet and the Portland Development Commission must be engaged in the discussion, public advocacy plays a key role. PHLUSH has suggested to the City Club of Portland that they take up the issue of public restrooms and will repeat its request for the next program cycle.

PHLUSH has looked for practical synergies and actionable proposals. For example, the previous map shows that the neighborhood will be home to at least five major construction projects in the coming years. All of these construction projects will set up porta-potties for their workers to use. Why not divert this expenditure to temporary public restrooms for use by visitors, office workers and residents as well? PHLUSH urges public policy makers to explore this possibility and requests contracting agencies to look into details with the community.

While PHLUSH is not in a position to outline mechanisms for the privatization of public property, we remain interested in solutions for the historic restrooms on Burnside opposite the North Park Blocks. The buildings have architectural charm and a superb location. Four direct entry unisex stalls have been recently renovated but they still serve primarily low income and homeless people.

Since this small attractive block represents years of lost tax revenue. PHLUSH urges the city to explore privatization options that specify that the site will have public restrooms to serve the other four, larger North Park Blocks. The block could be sold or leased and existing buildings could house a private business that provides public toilets

Nationwide, almost all projects to preserve historic comfort stations involves those in scenic areas. There are lessons in restoration of history Vista House, this historic mixed used public comfort station in the Columbia George. There is little documentation of urban public comfort stations. It is interesting to note that the first community service project of Rotary International was a comfort station built near Chicago City Hall in 1907. PHLUSH feels that Portland’s North Park Blocks location would be an ideal candidate for restoration, particularly if Rotary could be interested in such a project.

Some American towns are relying on businesses to provide restroom facilities. Walk-in restroom access is prevalent in European cafes as are public private partnerships which formalize such arrangements. The challenge is to ensure that restrooms are clearly designated as public and that people know about them.

In Geneva, Illinois the need for public restrooms was clear but how to provide them was not. So municipal authorities decided to pay a limited number of retailers who would open their restrooms to non customers. Common signage would indicate the location of these toilets throughout the business district.

In the end, the businesses that stepped forward to accept the city’s offer saw an immediate boost in business. Early assessment of the program shows that retailers are competing for these contracts from the city to provide public restrooms, with the competition driving down the city’s costs!

Best practices from the United Kingdom

To address the decline in the number, quality and accessibility of public toilets in the United Kingdom, the organization Communities and Local Government issues Improving Public Access to Better Quality Toilets: A Strategic Guide in March 2008. this guide provides policy guidance and practical approaches. The premise is that restrooms owned and run by local governments should remain at the heart of provision. However, the guide suggests that pay-per-use is a good idea and promotes community toilet schemes where public funds support the opening of toilets within existing businesses and private buildings. The guide also explores how local governments can use urban planning agreements to mobilize money from developers for public toilets. Available free in download and in print, audio and Braille.

‘Public toilet provision – the way forward’ is the speech to the 2006 British Toilet Association conference by Phli Woolas, British Minister for Local Government and Community Cohesion. The situation he describes is similar to that in the US and the options he proposes can work here. The Need for Public Restroom Policy Written public policy guides many decisions regarding the use of taxpayers money. Public restrooms appear to have been left out of the discussion beyond requirements that are part of the building code. Without a public restroom policy, cities cannot expect to make consistent progress in making restrooms available to the general public. Public Restroom Model Policy is proposed in Going Public: Strategies for Meeting Public Restroom Need in Portland’s Central City in Appendix D. The draft language is based on work by American Restroom Association highlighting policy gaps in federal regulation and inconsistencies in building and plumbing codes. 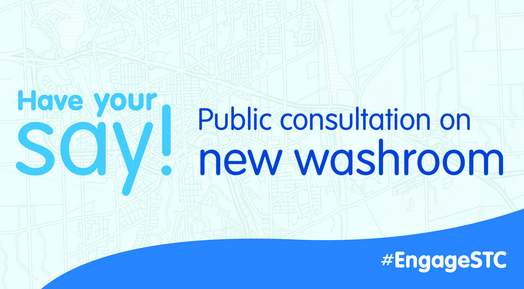 Thank you @guardian for partnering with @macfound Genius and “Waste” author @CathFlowers as she ... 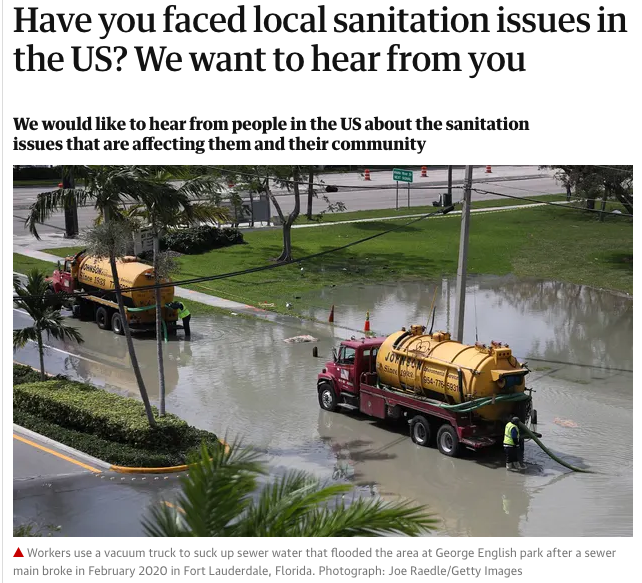 Restrooms at Pioneer Courthouse Square need to be open during the pandemic for hand ...