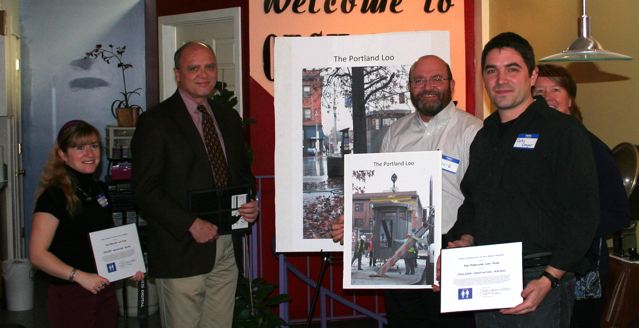 After everyone had been welcomed by PHLUSH Co-Founder Tom Carrollo, Nancy Stovall, Old Town Chinatown Neighborhood Association Vice-Chair, presented a special PHLUSH Innovation Award recognizing the Portland Loo team as follows:  Hats off to the teamwork that brought the first Portland Loo to Old Town Chinatown!  We applaud Commissioner Randy Leonard for taking the political risk, Curtis Banger for his determination to get the design right, Dave Gray for figuring out how to make it work, Greg Madden for building the prototype, Anna DiBenedetto for telling the world about it and David Shaff and the folks at the Water Bureau for their commitment to seeing the Portland Loo become yet another icon of our great city. 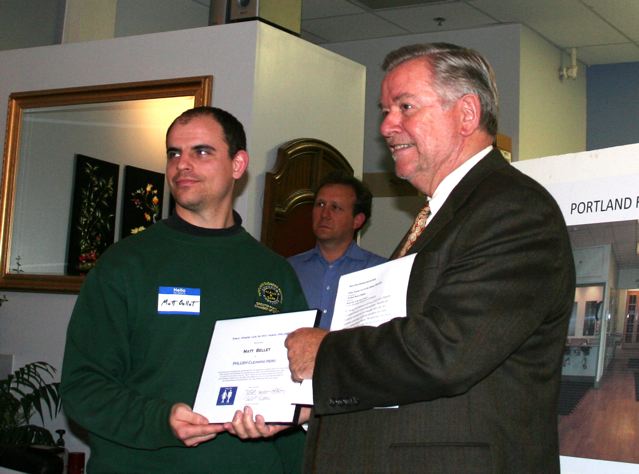 Next, Mayor Potter was introduced and asked to present two awards PHLUSH hopes will become annual.   Honored as PHLUSH Cleaning Hero was Matt Bellet:  Your effective leadership as supervisor of the Homeless to Work staff of Clean and Safe has set the standard of cleaning excellence that Portlanders have come to expect in our public toilets. Matt, thank you for taking pride in your work and inspiring others to do the same. We appreciate you; you are the wind beneath the hard-working cleaning wings that keep Portland safe and livable. 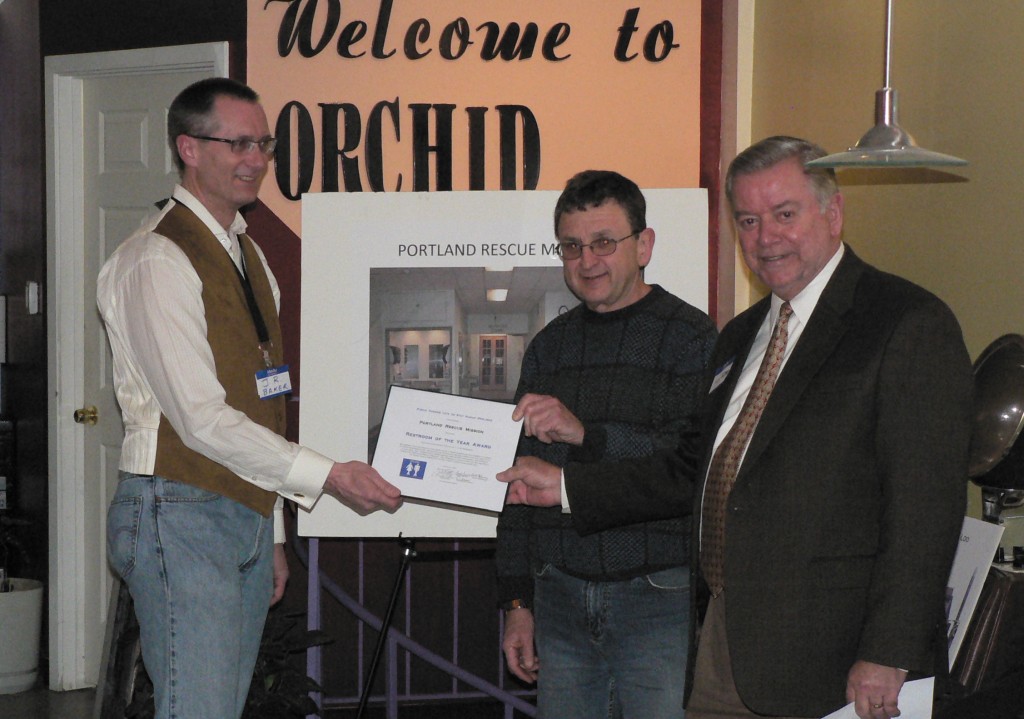 The former Portland Mayor then invited Chaplin J.R. Baker and Director of Vocational Ministries to accept the Restroom of the Year Award on behalf of Portland Rescue Mission:  By sharing your bathroom in the heart of Old Town Chinatown you embody the spirit of good neighborliness.  Residents and travelers are welcomed into your beautiful, clean, safe, and comfortable surroundings and served with dignity and respect.  Thank you, Portland Rescue Mission.  We appreciate your putting the Golden Rule of doing unto others into action twenty four hours every day. 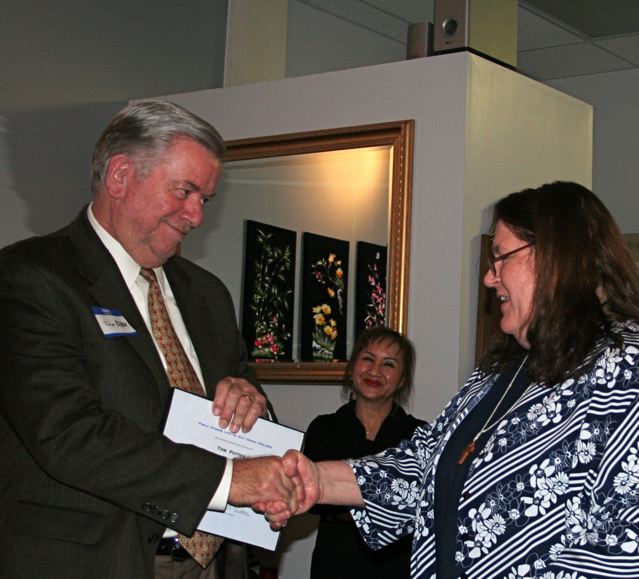 To cap the official celebration, PHLUSH Co-Founder Barb Lescher honored Tom Potter with a special PHLUSH Champion Award and these words. Your respectful commitment to all Portlanders and your understanding of what constitutes human dignity brought the discussion of public toilets into civic life during your tenure at City Hall.     Your vision and action have enabled others to solve problems in innovative ways, to  meet human needs, and to  enhance  the Livability of Portland so it shines as an example to other cities. PHLUSH Co-Founder Lan Nguyen hosted the event at her business cum ad hoc community center.  Refreshments featured donations from nearby eateries Fox and Hounds, Casba Café, NW Burger, Freddie Brown’s, and the House of Louie.   Here are some more pictures taken by Old Town Chinatown blogger and arts promoter Brian T. Wilson. 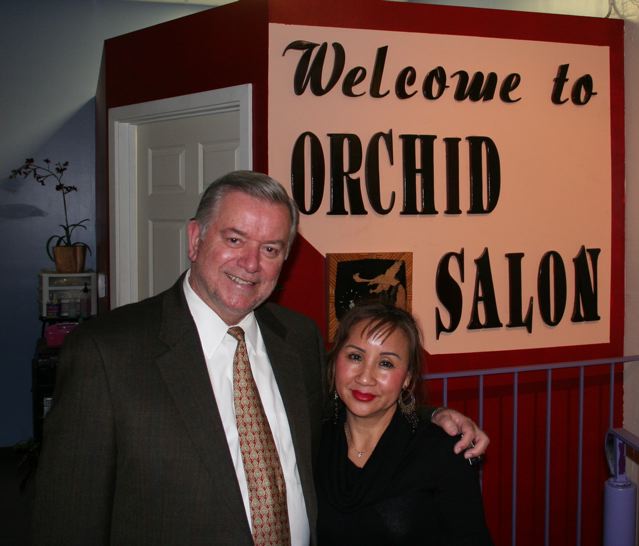 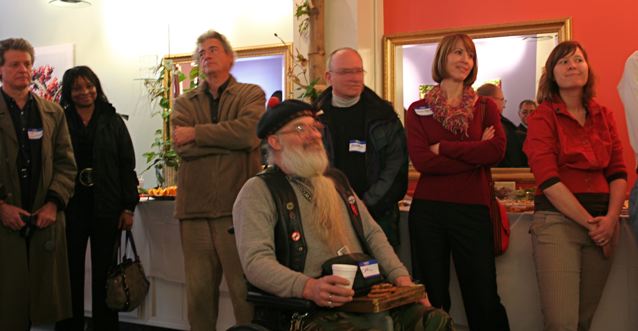 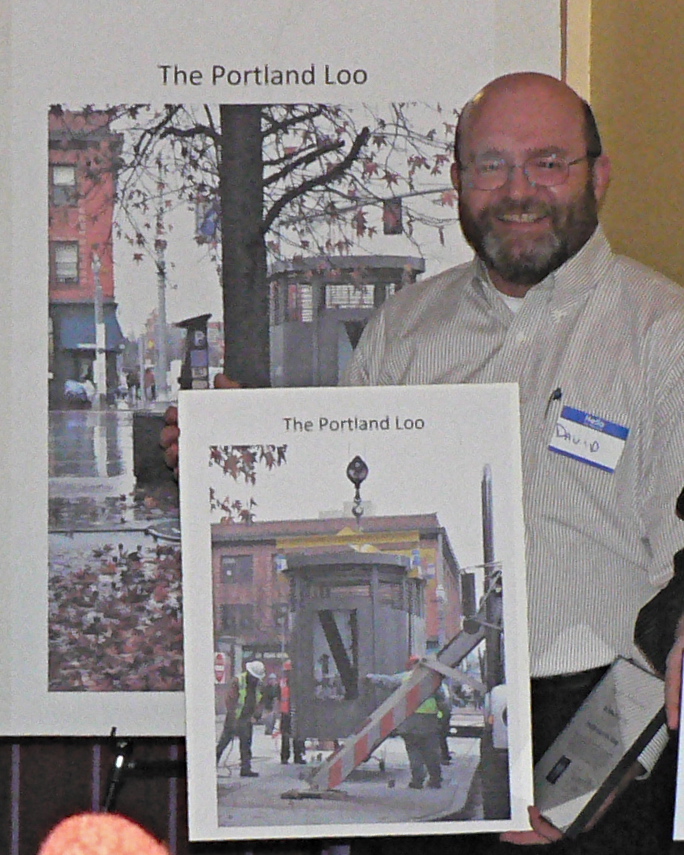 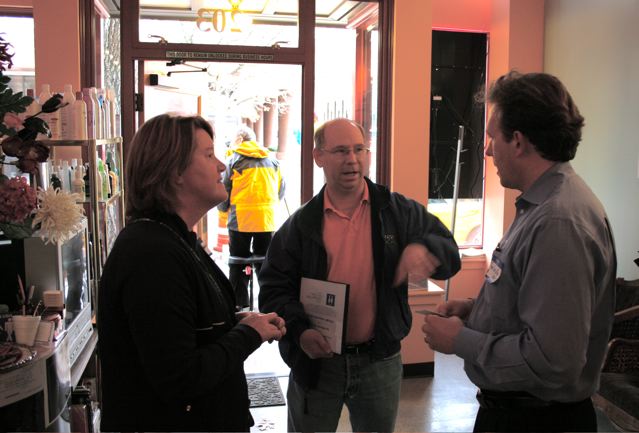 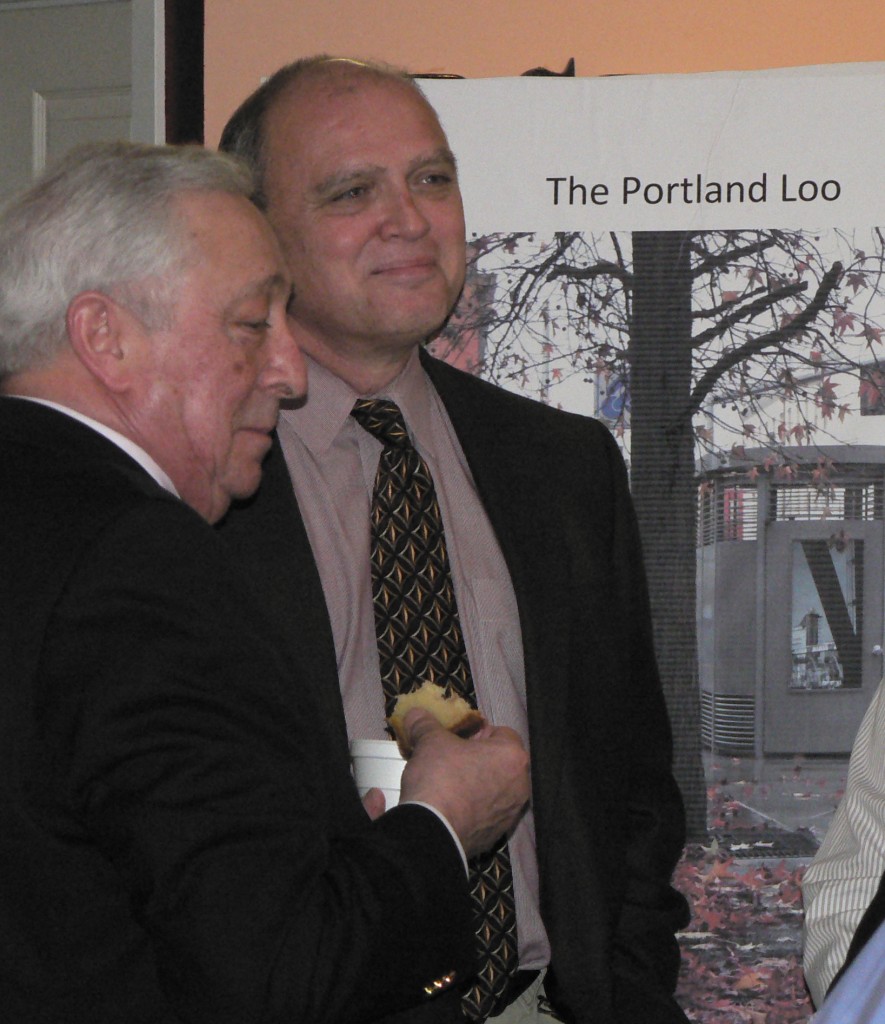 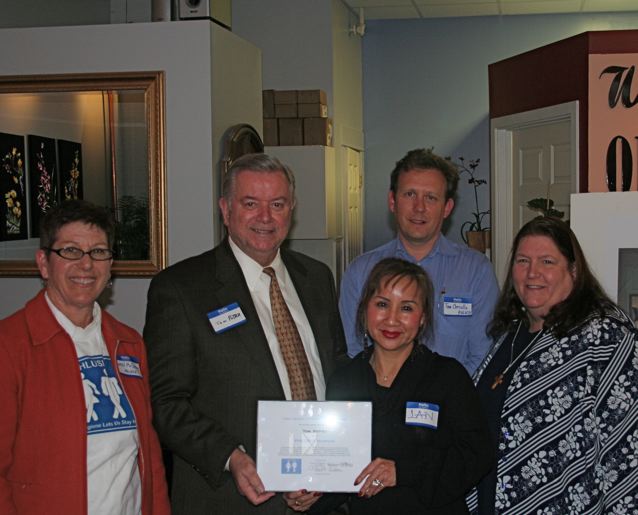 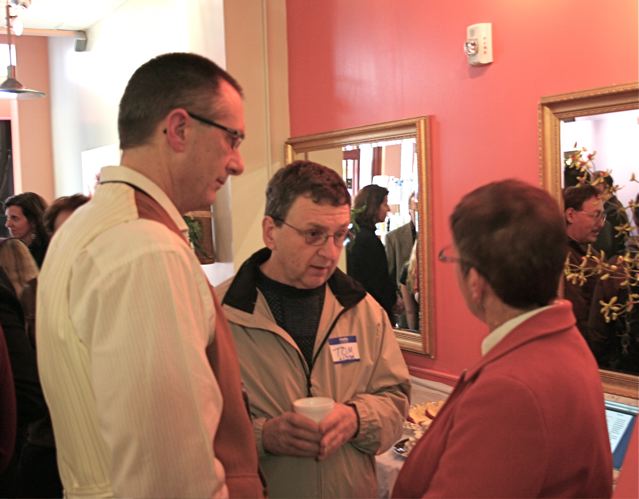