As the sun sets on Portland, 24 hours of celebration around the world come to a close. November 19 marks World Toilet Day, an annual project of the World Toilet Organization to bring light-hearted awareness to a dead serious crisis.   Two and a half billion of our fellow humans, or 2 out of 5, lack proper sanitation. 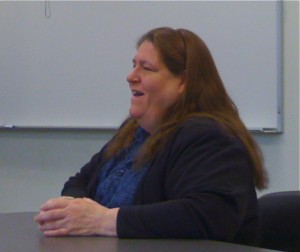 Lack of sanitation is the world’s biggest cause of infection, with the majority of the world’s illness caused by fecal matter. One gram of feces can contain 10 million viruses, one million bacteria, 1,000 parasite cysts and 100 parasite eggs. Diarrheal diseases kill five times as many children in the developing world as HIV/AIDS. That’s 5,000 children dying every single day. Awareness events throughout the world included everything from clean ups, to design workshops, to tours of sewage plants to the Big Squat.   Here in Portland, PHLUSH Co-Founder Barb Lescher spoke at Portland State University on her career responding to the needs of homeless people through grassroots initiatives, particularly her work as Excutive Director of Our Peaceful Place.  The students in Celine Fitzmaurice’s Senior Capstone are not only studying homelessness and poverty but are carrying out projects in Old Town Chinatown in collaboration with the MacDonald Center and the Downtown Chapel.