November 19th brings Americans an opportunity to talk about and even have fun with an issue they rarely discuss in public – toilets.   As a member of the World Toilet Organization, PHLUSH took advantage of World Toilet Day to get the word out about the global situation, to celebrate the opening of a new toilet facility and to engage  the Oregon Health Sciences University (OSHU) in considering the health implications of  sanitation.

At the request of OSHU’s School of Nursing, PHLUSHer Jeff Holiman addressed the senior class of nurses and their professors at a special World Toilet Day session on November 18th.  A biologist and program manager at the Lions’ Eye Bank of Oregon, Holiman introduced PHLUSH, gave an overview of current research in ecological sanitation, and discussed the implications of a nutrient cycling approach to waste management in the US. Portland city officials also celebrated World Toilet Day with the opening of the third Portland Loo on November 19th.     Despite the cold wind and rain, a sizable crowd welcomed  Commissioner Randy Leonard, who introduced the Loo technical team from the Portland Water Bureau and Madden Fabrication, Rodney Haven, of Clean and Safe, who would do the honors of the First Flush and Carol McCreary of PHLUSH, who spoke on the global situation.    Two simple messages were conveyed with flash cards: 2.6 BILLION, which is the number of the world citizens lacking toilets, and EVERY 15 SECONDS, when a child somewhere dies of preventable diarrhea due to poor sanitation.   “That’s the bad news,” said McCreary.   ‘The good news is that there are people right here in Portland who are working on it.”  She then introduced Mathew Lippincott of cloacina.org, PHLUSH composting toilet specialist Jeff Holiman,  Abby Brown of Water for the Ages, and Kyle Earlywine of Green Flush Technologies, whom she had met at the World Toilet Summit in Philadelphia.   For more on the Wortd Toilet Day in Portland see posts on Randy’s blog and  Abby’s Water for the Ages. 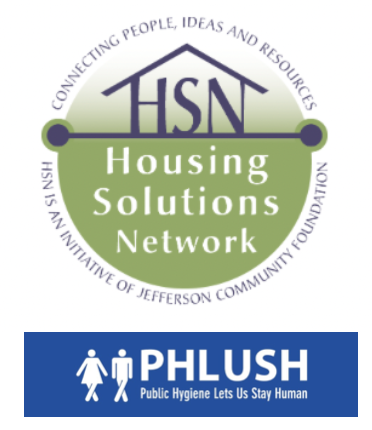 https://t.co/Ry1ZqqkAMd From professional preferences to amateur theories. Read and take ...