On April 13, plant operator Brett Laney led four of us on a long-awaited tour of the Durham Wastewater Treatment Plant.  The facility sits on an attractive campus – a former dairy farm, today bordered by schools and apartment complexes – and even features a new Influent Pump Station with LEED silver certification.  It’s located in the Portland suburb of Tigard (map) and operated by Washington County’s public utility, Clean Water Services, 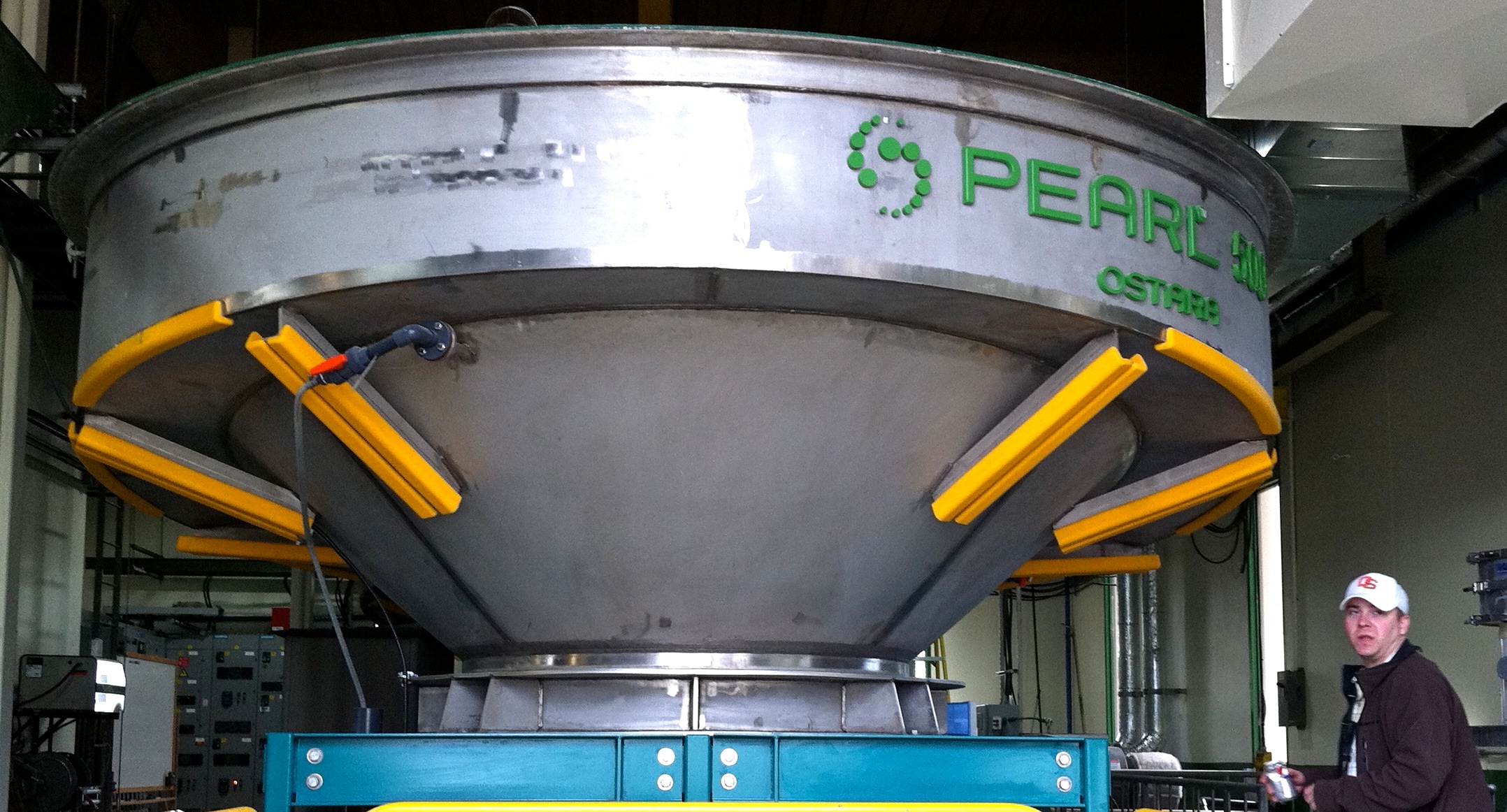 Walking us through each stage of treatment, Brett started with what he referred to as “the only really disgusting part.” This is screening to remove things that should not be in the sewer in the first place: sanitary napkins, baby wipes, condoms, cooking grease, and the occasional cell phone.  Next we moved on to the covered, circular tanks, where sludge settles out while odorous gasses are removed.  Then Brett explained the basics of secondary treatment where microorganisms  do their work in a series of rectangular aerated tanks, closely monitored by operators to ensure effective treatment throughout the seasons.  The fairly clear flow is then pumped into uncovered circular settling tanks, where sludge is removed and water where is clarified and chlorinated.  The sludge (which the EPA refers to as class B “biosolids”) is then transported to range land in Eastern Oregon. While these procedures resemble those of Portland’s Bureau of Environmental Services, Clean Water Services’ operations differ in several significant respects.  CWS not only deals with sewers but is responsible for the health of the entire Tualatin Watershed.  Activities include wastewater treatment, a host of restorative activities and an array of community outreach and education programs.   Unlike Portland, whose stormwater and sewer pipes combine and put raw sewage in the Willamette and Columbia in times of heavy rain, CWS has separate outflows. Where CWS really stands out, however, is as the nation’s first facility that recovers phosphorus and other nutrients from the final stage of wastewater treatment to produce high quality fertilizer.

Using a technology developed by the Canadian firm Ostara, the Durham yields a ton a day of Crystal Green fertilizer.    By recovering phosphorus that would otherwise flow into the watershed, this addresses Peak Phosphorus, or “The Biggest Crisis You’ve Never Heard of.” What’s more, revenue from this production of struvite (amonium magnesium phosphate) is expected to enable CWS to recover the costs of the processing facility within the first five years.   As human feces and urine are key sources of nutrients necessary for agriculture, their removal and recycling  – whether at wastewater plans or through less expensive composting – will soon become imperative. Having operated the first struvite recovery works in North America, Bret Laney will move on to the nation’s next and fourth such facility, which will be located at CWS’s Rock Creek Treatment Plant.  PHLUSH wishes him all the very best.