Home / You have a say: Towards ecological sanitation in Oregon.
Back

You have a say: Towards ecological sanitation in Oregon.

Molly Danielsson and Mathew Lippincott, owners of MDML and  members of the PHLUSH team, are currently touring the State of Oregon, talking to communities and Department of Environmental Quality (DEQ) officials about ecological sanitation opportunities and obstacles. Under a grant to Recode from the Bullitt Foundation, the pair has investigated regulatory issues and prepared illustrative case studies. Citizen activists need to be part of the conversation and lend their expertise to this timely discussion of how to protect Oregon’s water and soils given our current infrastructure. Upcoming sessions are free and open to the public. Portland: Wednesday, September 26th, 7-9pm, 351 NW 12th Ave. Corvallis: Tuesday, October 8th, 7-9pm, 645 NW Monroe Ave. Eugene: Wednesday, October 9th, 7-9pm, 150 Shelton-McMurphey Blvd. The Recode presentation is based around five case studies of ecological sanitation technologies that examine the legality of various technical options. Through a thorough study of current information about ecological sanitation, including interviews with regulators in Sweden, the research team demonstrates the advantages of performance-based coding over typical prescriptive codes. 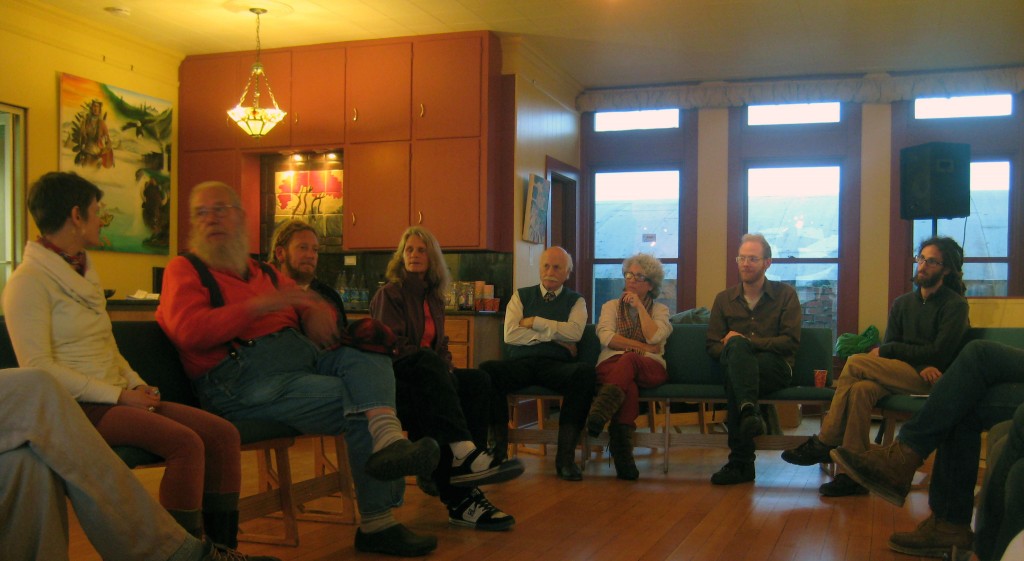 Last week in the Central Oregon town of La Pine, Danielsson and Lippincott met with a community facing nitrogen contamination of their groundwater from septic tanks located on sandy soils with shallow aquifers. They discussed performance-based codes that stimulate innovation and can actually judge whether technologies work. In fact, the end product of the community process in La Pine will create a statewide ruling for onsite systems to protect nitrogen. To further the availability of low-cost nitrogen reducing systems, Recode will ask DEQ’s onsite rules committee to add urine diverting toilets and composting toilets to the list of nitrogen reducing systems. The committee’s public comment period will be open from October 1st-18th. A public hearing is tentatively scheduled for October 18, 2012 at DEQ’s headquarters in Portland. To learn more about existing codes and the need for performance-based codes, take a look at Recode’s rules map, case studies, Maryland’s Bay Restoration Fund (for info on performance testing of installed systems), and the NOWRA Model Code. About Recode: This grassroots community group identifies and helps remove legal barriers to sustainable design. They engage citizens to become part of the solution and take responsibility to enact the changes that they would like to see. Recode’s first campaign was the successful legalization of graywater in Oregon. The group also wrote a site-built, performance-based, composting toilet code that was added to the Oregon Reach Code.