Home / A Rough History of Sanitation in the West
Back

A Rough History of Sanitation in the West

We’ll be at the Random Hacks of Kindness event in Seattle, participating in Toilet Hackers. Researching sanitation is a passion of ours, so we, Molly and Mathew, thought we’d put together a very rapid rough history of sanitation in the US, Canada, and Western Europe in the past 200 years.  There’s a stack of citations below, but the general thrust of this history can be credited to Joel A. Tarr’s essay Water and Wastes  and the 1979 National Science Foundation report he chaired, Retrospective Assessment of Wastewater Technology in the United States, 1800-1972. 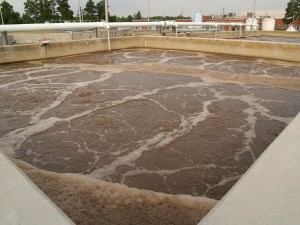 Oxygen is bubbled into to tanks of sewage to encourage soil bacteria to devour the nutrients in sewage. Keeping soil bacteria alive in water is energy intensive.

Piped water service began in the early 19th century before sewers were used for anything other than stormwater drainage. Convenient water that didn’t have to be hauled from a shared pump led to a 10-fold increase in water consumption that overwhelmed infiltration and open drainage systems. Worse, wealthier urbanites installed flush toilets. This new, unanticipated technology started overflowing the cess pits that otherwise contained undilute excrement that could accumulate for years without having to be emptied (facts and figures below). Sanitary sewers were built to mitigate overflowing sewage and eliminate the health risk related to the threat of disease from miasmatic sewer gas. These sewers failed to stop the spread of typhoid, increased its infection rates downstream of sewer outlets, and the miasmatic gasses they were designed to mitigate turned out to not exist.

Legal changes during the 18th and 19th centuries encouraged the industrialization of rivers as UK and US common law shifted from a “prior use” to a “beneficial use” doctrine of natural resource allocation, leading inadvertently to heavy industrial pollution by the early 19th century. Pollution was seen as inevitable and recovering a clean drinkable river an impossibility, so in the late 19th century cities invested in drinking water treatment instead of sewage treatment and an end to river dumping of industrial waste. The decision was made to let rivers become open sewers. Treated drinking water, not toilets and sewers, stopped epidemic enteric disease.  Mortality rates juxtaposed with sewer construction mileage demonstrate this point most clearly in the well documented cases of Paris, Atlanta, Pittsburgh, Trenton, and Toledo, and sketch a similar picture in other cities.

Clean, treated drinking water took the wind out of the sails of nascent environmental initiatives of the late 19th and early 20th centuries, and untreated sewage discharge steadily increased until the 1950’s and 1960’s when legislation such as the Clean Water Act and its many local precursers lead to the construction of wastewater treatment plants. Since the 1970’s the US, Canada, Western Europe, and Japan have been doing an excellent job of keeping diseases out of waterways, are doing better than any other industrialized areas at pollution control, and are even doing better than most non-industrialized areas too.

Despite the quality of our sanitation systems, our path to them was not direct, not based in good science, and did not lead to the benefits so often ascribed to toilets and sewers.  As the rest of the world works on sanitation, copying our history is probably a bad idea.

For water carriage of waste:

1. Capital and maintenance costs of building sewerage systems would represent a savings for municipalities over the annual costs of collection under the cesspool-privy vault scavenger system.

2. Sewerage systems would create improved sanitary conditions and result in lowered morbidity and mortality from disease;

[2a] such savings could often be translated into financial terms, further stressing the economic benefits to be obtained by adoption of water-carriage technology.

3. Because of improved sanitary conditions, cities that constructed sewerage systems would grow at a faster rate than those without by attracting population and industry

Against water carriage of waste:

1. Water-carriage removal would waste the valuable resources present in human excreta that might otherwise be used for fertilizer.

2. Water-carriage technology would create public health hazards, such as contamination of the subsoil by leakage, pollution of waterways with threats to drinking-water supplies and shellfish, and the generation of disease-bearing sewer gas.

3. The costs of sewerage systems would create a heavy tax burden.

[3a] If financed with bonds, sewers would impose costs on future generations with no voice in the decision. 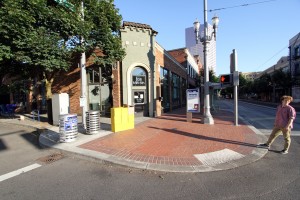 The boxes represent the yearly excrement of just one person.

Sewers won over goverments. While capital and resource intensive, they encourage density and growth. Although polluting, they provide centralized, controllable outcomes that fit 19th century drives for centralization, professionalization, bureaucratization, and control (Tarr).

Sewers and piped water won over users because flush toilets provided a better user experience than wells and pail closets (seat with a bucket under it), were an aspirational household appliance, fit into contemporary notions of progress, and owning one’s own infrastructure comes with surprise costs, rather than easy, steady municipal taxes.

Pail closet (seat with a bucket under it) were used by a majority of residents of Manchester, Copenhagen, and other poorer European cities into the 1930s. These systems were effective but labor-intensive, and failures happened above ground, so that smells, spills, and failures were closer to people, rather than hidden underground.  Decentralized collection technologies, including vacuum pumps, and water-tight vessels were in their infancy and less developed and reliable than plumbing (See De Decker).  America’s last pail collection system ended in 1998 in Skaneateles.

Historically, capital itensive and centralized sanitation won out over labor intensive and decentralized systems.  In the future, can we know design systems that are less capital intensive, more information intensive and that aren’t labor intensive? Toilets have a long way to go, and there is probably no magic bullet, and lots of work on service models are needed.  Below are a few contemporary case studies:

everything you could ever want to know about it: DEQ site evaluations of the OHSU system 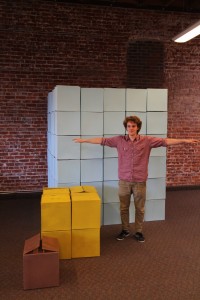 The size of the average person’s excrement and the amount of water required to flush it using a low flow dual flush toilet. Luke provided for scale.

Amount of Poop and pee a person actually generates in a year:

grey water: is typically over half of the wastewater produced by a household. US, the per capita water use is ten times the world average, averaging 262 litres per day (FOERCH 2007).

Tarr, Joel A. The Search for the Ultimate Sink, University of Akron Press, Akron: 1996. summary of arguments for and against water carriage: page 186, sewer mileage vs. typhoid fever mortality: page 189, 190.  Water sources, not sewers stopped typhoid: