Home / Shorts: News from the public toilet front
Back

Public restrooms have always been on the leading edge of the fight for human rights.  Never has this been more true than now for transgender folks. But as Campus Progress notes with dismay, hateful discrimination against them may soon be protected under Arizona Law. State Representative John Kavanaugh‘s most recent bill is on its way to a full vote in the Arizona House. If it passes, businesses will be able deny toilet access to non-gender-conforming individuals and be exempt from discrimination lawsuits. Oregon high school reserves six restrooms for transgender students. The delicate trickiness of restroom choice for transgender people is covered nicely in a front page story in The Oregonian.  Portland Public School’s Grant High has recently designated six unisex restrooms to serve students who feel uncomfortable and may be subjected to bullying in traditional men’s and women’s rooms.  Writes  journalist Nicole Dungca, “Oregon is relatively ahead of the nation in terms of protecting those who identify as transgender. The state passed the Oregon Equality Act in 2007, and it joins at least 15 other states and Washington, D.C., in offering some legal protection for transgender people.”  (Note that since 2008 PHLUSH has been promoting unisex stalls for their efficiency, safety, comfort, and ease of cleaning.) The Bathroom Stall Project   Men’s and women’s behavior in washrooms is guided by social codes that vary radically by sex.  For women the stall is an almost sacred place for privacy, reflection and confession.  A Canadian academic who got in the habit of taping up notes in reply to grafittied despair, is now encouraging others to do the same, resulting in silent, anomyous bathroom dialogues. Boys deserve the same right to privacy as girls.  A Minnesota mom writes an op ed that brings a new dimension to the issue of restroom safety for children.   Men’s rooms offer a line of urinals with at best tiny partitions between them while women’s rooms are all stalls.  Should males enjoy the same privacy as females? Toilet matron becomes town’s first librarian.  Writing in the Daily Astorian, Seaside, Oregon librarian Ester Moberg recounts the entwined history her town’s library and public restrooms.   A structure built in 1913, in the age of the first fine public toilets, featured an area with a reading table, which eventually became the public library.  The matron in change of the restrooms soon was manning a large room where patrons could read or check out materials.  (Note that today’s librarians still play an important role in ensuring that the general public has access to restrooms.) Public toilet afterlives.  The big public toilet die off started in the mid-20th century, and for many locations it was a long neglected agony.  But now these interesting historic structures are taking on second lives.  In this video, the BBC  reports on the afterlives of several of London’s estimated one hundred abandoned public toilet.   The Attendent in London features gourmet salads and sandwiches among 1890 Doulton & Co urinals.  Another historic London venue serves as a cat café, patterned after some 100 feline-staffed facilities that serve Tokyo apartment dwellers whose buildings do not allow pets.  Another new destination in the UK will be a café gallery installed in a restored Art Deco structure in Waterloo’s Marine Crescent Park. Talking urinal cakes help Michigan battle drunk driving    Yes, that is the headline and here’s the story.  Wild innovation meets a serious  problem.   Paraphrase won’t do it justice so read this.   It’s the Law in China:  Count flies and rank rankness.  While a  national toilet policy may seem like a good thing, it will be interesting to see how China’s intriguing “one fly” rule works out.  Toilets will be uniformly inspected to determine if there is more than the one fly per square meter allowed in a bathroom inside a building, and the three flies per square meter permitted in a free-standing bathroom. Restroom spying uncovered in Florida.  In a fairly creepy story, a Fox news team has documented dozens of toilet stalls with spy holes, including at Jacksonville International Airport, a university library and a popular shopping mall.   How did the reporters find them?  Through a specialized  an internet site.

New sidewalk public toilet unit in Denver has touches ADA and regular stalls plus an ... 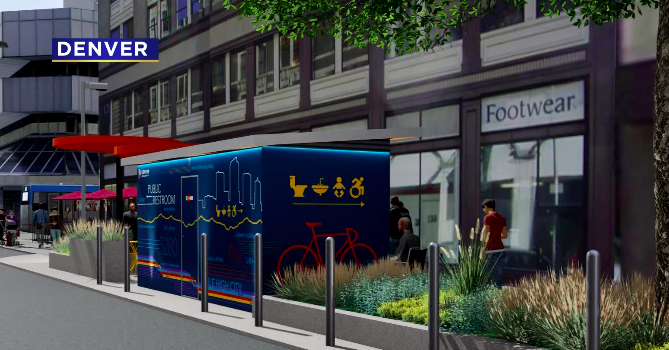 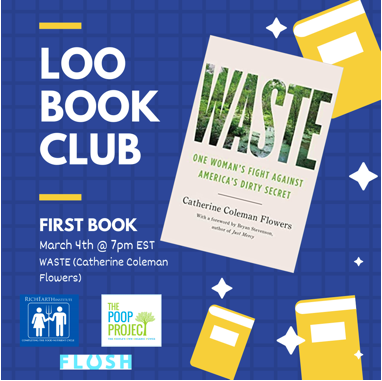 Seattle’s public restroom discussion "has been dragged into a morass of data, ideating &... 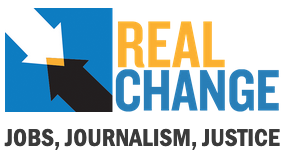