Home / Celebrating World Toilet Day with NYC Restrooms 4 All
Back 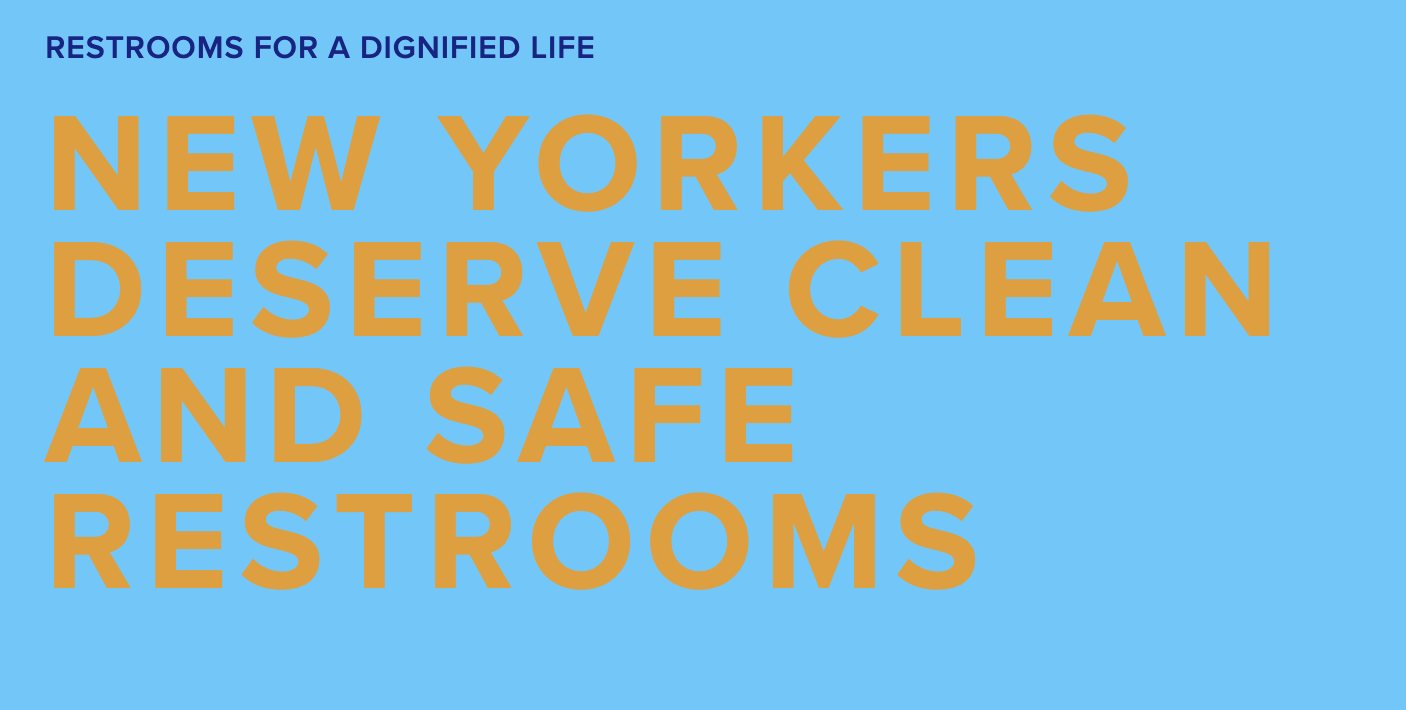 World Toilet Day brings toilet folks together. It’s a lively and thrilling time. Emails, messages, and greetings flying in every direction creating an ever denser network of connections. Our work is tough. Taming the taboos takes time. People who deal in pee and poop are easy to ignore. Practitioners, policymakers, promoters – all have suffered abuse at one time or another. And in some cultures it is quite harsh. But on World Toilet Day, we stand proud! We’re a crazily diverse network permeating every domain – geographic, intellectual, civic, even religious – with sanitation thinking. The salutations, salaams, kudos and high-fives, which are exchanged along with the latest research and technical news, energize our efforts and fortify us from November to November.

For World Toilet Day 2019, PHLUSH is honored to announce our partnership with the coolest new group around! NYC Restrooms 4 All is a student-led coalition that advocates for public restroom availability throughout New York City. Like us, they know “clean and safe bathrooms are essential to human dignity.” But how do you bring public toilets to a city of 8.6 million people and 62 million annual visitors? When there are less than 750 free, tax-supported restrooms to begin with, where do you start? Well, NYC Restrooms 4 All advocates are deep diving into successful models elsewhere (from the Community Toilet Scheme to Nette Toilette), tweaking them to fit NYC, and pulling officials from five boroughs on board. NYC Restrooms for All was founded by Maeve Flaherty. Her initiative was born in a policy draft entitled To Pee or Not to Pee: Creating a Public-Private Restroom Partnership to Expand Access to Sanitary Restrooms in New York City. The Roosevelt Network included Maeve’s policy in 10 Ideas, their annual journal of student-generated policy proposals nationwide. The nonprofit partner to the Franklin D. Roosevelt Presidential Library and Museum, the Roosevelt Network supports emerging progressive policymakers and advocates as they advance solutions in their communities. “Let’s Rewrite the Rules” is their tagline. A junior at Columbia University, Maeve is harnessing the power of the Roosevelt Network university chapters and her generation’s impatience with decades of policies that have decimated the supply of public goods, including public restrooms. As President of NYCRestrooms4All, Maeve Flaherty is supported by a lean and smart staff. Advocacy Manager Lida Ehteshami coordinates activities with coalition partners at various universities and organizes letter-writing and other campaigns. A Texan and first-year Barnard student looks forward to strengthening relations with progressive groups across the city. Legislative Manager Stéphane Mao is responsible for government advocacy – research on NYC restroom policy and working with city government officials. A Beijing-born polyglot who was educated in Arabian Gulf countries and California, Stephane is a sophomore at NYU Stern with an internship at Secretary Clinton’s campaign HQ already under his belt. Emily Dai serves as Communications Manager, maintaining the group’s social media accounts and website, writing blog posts, interviewing experts, editing guest blog posts, and dealing with the press. In her first-year at NYU, this The self-described SCOTUS junkie has interned for a public defender and at the Supreme Court of Virginia. (Dare I tell her age? 18)

Current research on New York City’s restroom problem shows the challenge NYC Restrooms 4 All is boldly taking on. Who doesn’t love New York City? Isn’t this something we can all get behind? New Yorkers with manageable commutes to work manage okay. Residential building codes provide for home bathrooms, occupancy codes require a certain number of restrooms in schools and other structures and OSHA ensures most workers have access to a toilet. Think of construction sites with those porta potties which are locked up tight at quitting time As soon as New Yorkers get stuck between school or work and home, they are out of luck. As are all the rest of us when we arrive in the public toilet desert of New York streets. Let’s educate ourselves and get behind the multiyear initiative of NYC Restrooms 4 All. In her September guest post marking the launch of NYC Restrooms 4 All, Maeve Flaherty delves into the issues and shows the way forward for this remarkable group.

Why does the United States only care about bathroom sanitation in other countries? This is the question Maeve Flaherty explores in an article of that title published in the Columbia Political Review, a multi-partisan magazine that seeks to enhance involvement in the political process and to foster political discourse. Through the United Nations, USAID and other organizations the United States has invested to increase access to sanitation in foreign countries. However, within the United States, the poorest and most marginalized groups still do not have access to toilets and showers. Maeve attributes America’s dismissive attitude toward public restrooms as a real issue to its Puritan heritage and the end of pay toilets. The Need for Public Bathrooms is a analysis of public bathrooms in New York and abroad. Authors Julie Chou, Kevin A. Gurley, and Boyeong Hong contacted PHLUSH early in their tenure as 2018-2019 Forefront Fellows at the Urban Design Forum. The New York group brings together “designers, planners, developers and civic leaders to debate the defining issues facing our cities.” The 30-page guide, which is still in draft form, summarizes best practices and design typologies and guides planners in how build more public facilities in New York and other cities.