For 150 years shared toilets have been
at the forefront of human rights in the United States.

While the Ancients - Rome, Carthage, etc - made significant strides in public sanitation - modern shared facilities resulted from technological progress, the growing awareness of germ theory and competitive civic pride. Despite technological progress over a century and a half, public toilets have always excluded certain minority groups - female workers in Victorian Times, African Americans living under Jim Crow Laws, the houseless and unsheltered, and individuals whose gender identities differ from the traditional binary. For 150 years shared toilets have also been at the forefront of human rights, the locus of both so much discrimination and so many social justice victories. 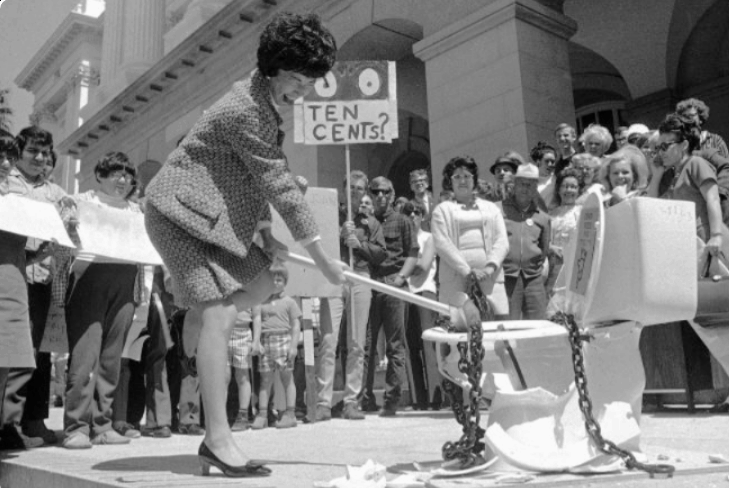 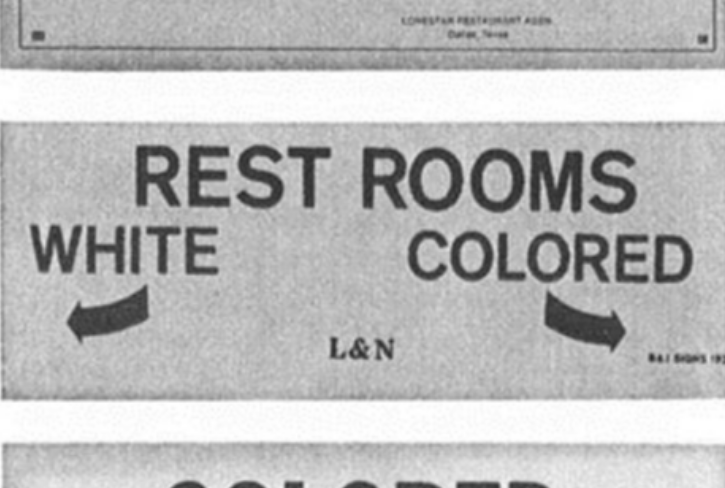 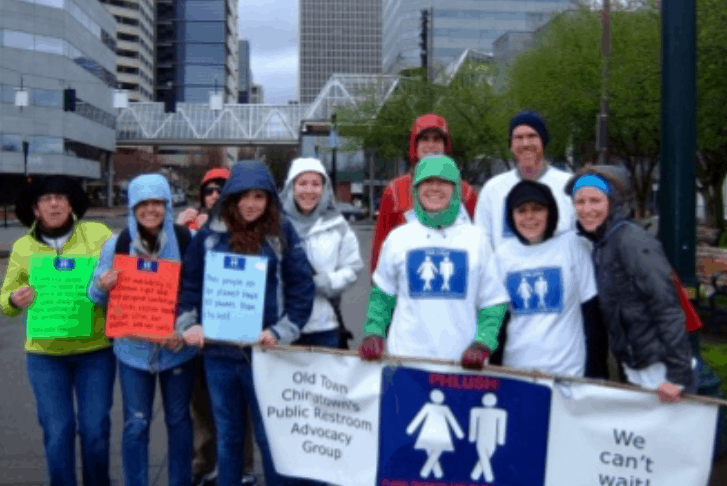 In the post-World War II period, North America’s urban downtowns were served with public restrooms, often with attendants. With the rise of the car culture of the 1950s, motorists could find restrooms along the new national highway system launched during the Administration of Dwight Eisenhower.

As mid-century middle class families fled to the suburbs, public toilets in the inner city fell into disrepair. Cities and towns often used behavior punishable under a variety of municipal laws as excuses to permanently close facilities. If facilities facilitated sexual acts, graffiti or vandalism they were simply shut down. As fears of terrorism grew after 9/11, toilet stalls and trash bins were seen as places where explosive devices could be placed and more public bathrooms were closed.

When facility design does not keep up with contemporary needs, restrooms fail. Today’s restrooms need to need to “design out crime” with physical elements coupled with the activation of surrounding space and good lines of sight. The need to accommodate 21st century people in all their diversity.

Today inclusion is the name of the game. Those still left out are unhoused people and those living in vehicles or makeshift housing. In many places, transgender people can be legally harassed for using a restroom that conforms to their gender identity. Rather than to the sex, they were assigned at birth.

Thomas Carlyle and Charles Dickens advocate with the Commissioners of Sewers. When they refuse to act, the Society of Arts engages George Jennings to build facilities for the Crystal Palace. Public health awareness increases with Chadwick's Report on the Sanitary Condition of the Laboring Population of Great Britain.

By 1843, Paris has 468 urinals as well as elegant privately-run 'cabinets' to serve both men and women. London has only 74 urinals by the end of the decade. Public toilets in the United States get a slow start because it's thought their presence will offend the sensibilities of women.

In this period of sewer building, scientific and technical papers circulate among cities. Toilets in homes and businesses are popular but still not connected to an integrated sanitary system.

The Great Exhibition at London’s Crystal Palace features public conveniences for women and men designed by sanitary engineer and public toilet crusader George Jennings. Urinals were free but good revenue was had from the 22 men's and 47's women's WCs. Many visitors return to their home cities requesting public conveniences.

Society of Arts builds model public conveniences in central London in an attempt to prove they can become financially self-sustaining with users paying a penny. However, these fail.

The Great Stink. With the summer heat, the smell of untreated human waste and industrial effluent permeates central London.

Glasgow foundry owner Walter MacFarlane includes in his catalogue of affordable cast iron urinal and water closet offerings an essay entitled "A New System of Sewerage, and Other Sanitary Arrangement, for Converting the Excrementary Refuse, Dry Garbage, Ashes, etc of Towns into their Proper and Most Valuable Purposes"

Tourists at the Grand Exposition in Paris take tours of Haussmann's famous sewers, which carry only storm and grey water

Thanks to James Moir's activism, Glasgow builds nearly 200 urinals. George Jennings and Walter MacFarlane both were passionate about the civilizing properties of sanitary appliances.

Ladies' Sanitary Association campaigns for public conveniences for women in the face of popular sentiments that women had more self control and could hold it.

The number of facilities for women lags behind those of men. Many feel that public conveniences will bring women to city streets in ways not congruent with contemporary ideals of femininity.  Advocates such as George Bernard Shaw point out that working-class women cannot afford the penny charge.

Chicago World's Fair has 3,000 toilets with washbasins, most installed by the Chow Sanitary Company, at 32 locations around the fair. Simple ones are free to users; fancier ones cost 5 cents.

Tout a l'égout campaign in Paris hooks buildings and businesses to sewer. London initiates inspections of WCs for workers in bakeries and food establishments.

National Purity Congress finds no toilets or urinals in Chicago and only a few in parks in St Louis and Brooklyn but 500 in Birmingham and 800 in Liverpool and urges US to follow Europe.

The subway system had 1,676 toilets and employees conducted regular inspections.

As its first community service project, the service club Rotary builds a comfort station near Chicago City Hall. It serves only men.

By this time, many cities have built fairly elegant underground restrooms with attendants below their main squares. By end of decade, all New York City’s 1,500 parks have comfort stations.

The Pentagon is built with extra restrooms to accommodate racial segregation laws. Following complaints, signs for "white"and "colored" are never painted on doors.

Jim Crow laws in the US South start to fall. The federal highway system expands, people flee cities for suburbs, restrooms in the urban core fall into disuse.

As women flood the workforce and are elected to office, they fight for restrooms in factories, offices, and in US and state capitol buildings.

Committee to End Pay Toilets in America (CEPTIA) forms to protest the 50,000 US toilets now fitted with coin operated locks. As women pay to use stalls but men use urinals for free, the campaign focus moves from basic human rights to gender.

California Secretary of State March Fong Eu sledgehammers a toilet on the steps of the State Capitol in Sacramento to protest pay toilets. California outlaws them and New York follows.

First successful potty parity legislation passes in California By 2009, 21 states in the US have such laws.

A mere 78 public toilets serve New York’s 468 subway stations. Fear of terrorism closes toilets in cities across the US.

Sources: Gerling, ‘’American Wasteland: A Social and Cultural History of Excrement;’’ George, R. The Big Necessity; Gershenson, O and B. Penner; Ladies and Gents: Public Toilets and Gender; Molotch, H. and L Norén. Toilet; Penner, B. The Bathroom; Vogel, ‘’The Pentagon;’ and various articles in Wikipedia.

UNDERSTANDING AIRBORNE COVID-19 TRANSMISSION Here is the pdf of the open letter to the WHO ... 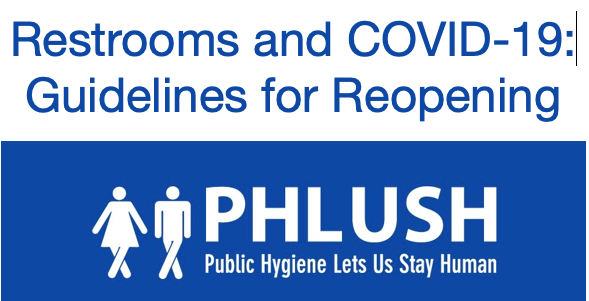