Home / People excluded because they can’t access a toilet

People who have an urgency to use the restroom, need larger restroom spaces, or require wheelchair accessible facilities are limited in visiting public spaces because they have no toilet options. 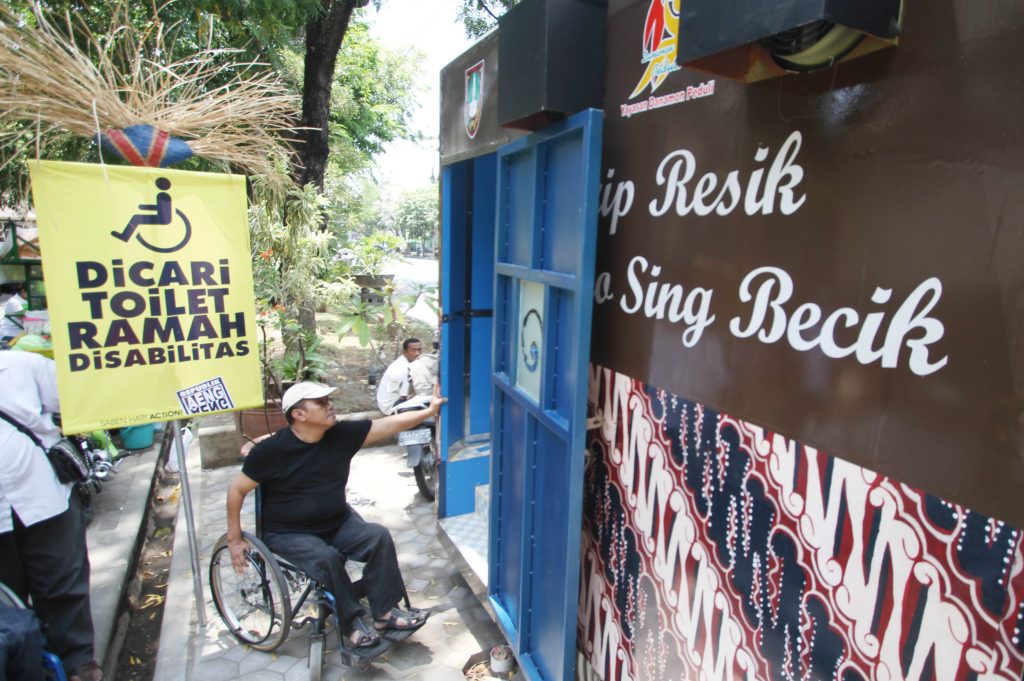 Vulnerable people most impacted include elderly individuals who have to go frequently, those who use wheelchairs or mobility aids, those with medical issues requiring urgent use of restrooms, and pregnant women or mothers with small children.

City-dwellers and visitors are limited to frequenting downtown areas due to the widespread closure of public-toilet facilities across America. If they can’t “hold-it” then they may end up relieving themselves in the open or soil their clothing. This experience can cause mental stress and is a health hazard. Recurring episodes may lead to people to feeling isolated because they cannot leave their homes for fear they won’t have access to a restroom.

The federal highway system, developed in the 1950s, led to an exodus of individuals from the urban core. Many public restrooms were left in disrepair and began to close despite a slowly recognized need for toilets for everyone (i.e. potty parity) in the 1970s and 1980s. Fears of terrorism resulted in more public toilets closing after September 11, 2001. Renewed calls for public toilets began after urban revitalization in the 2000s, but Covid-19 slowed the expansion and development of these facilities. Efforts for improved public toilet redesign (e.g. from segregated to all gender facilities, etc.) have been happening across America.